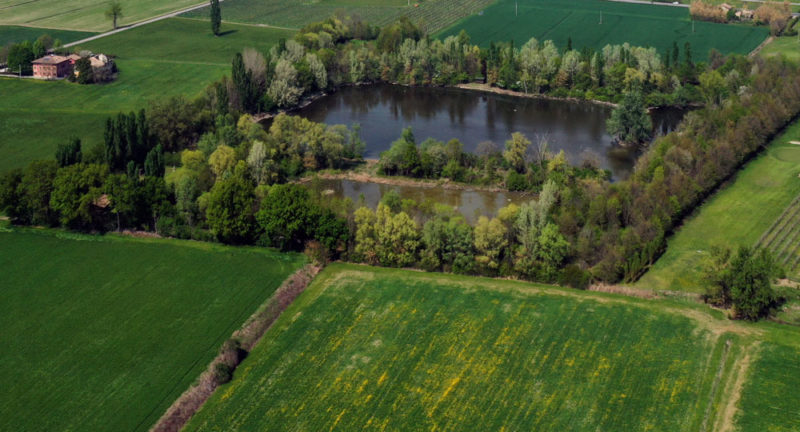 The Common kingfisher (Alcedo atthis), a small fish-hunting bird characterised by its beautiful colourful plumage, can be found in the proximity of wetlands and watercourses within many WWF Oases.
Numerous names have been used over the centuries to designate this species, inspired by its incredible plunge-diving ability to catch its preys (fisher) and its azure plumage that calls to mind the royal blue of a king’s attire (kingfisher). Yet, even more fascinating is the origin of its scientific name: Alcedo atthis. It comes, in fact, from a character from Greek mythology, Halcyon, the daughter of Aeolus, the ruler of the winds. When Halcyon died by throwing herself into the sea, the gods transformed her into a small bird with a magnificent, brilliant plumage, the Common kingfisher.
One of the WWF oases where the kingfisher can be found is the Marmirolo Oasis, in Emilia Romagna, where this species is present throughout the year. The Marmirolo Oasis was established by reclaiming a site that had been used for centuries as a clay quarry to make bricks, tiles and earthenware products, and subsequently as a landfill for inert waste. In the late 1980s the City of Reggio Emilia, in collaboration with the WWF, reclaimed the area having realised its potential. Today, the Oasis of Marmirolo extends over an area of approx. 11 hectares and hosts an equipped visitor centre, an open-air classroom, three observation sheds, a dedicated pond for the study of aquatic plans and small animals and a butterfly orchard-garden for a fuller sensory exposure to nature.