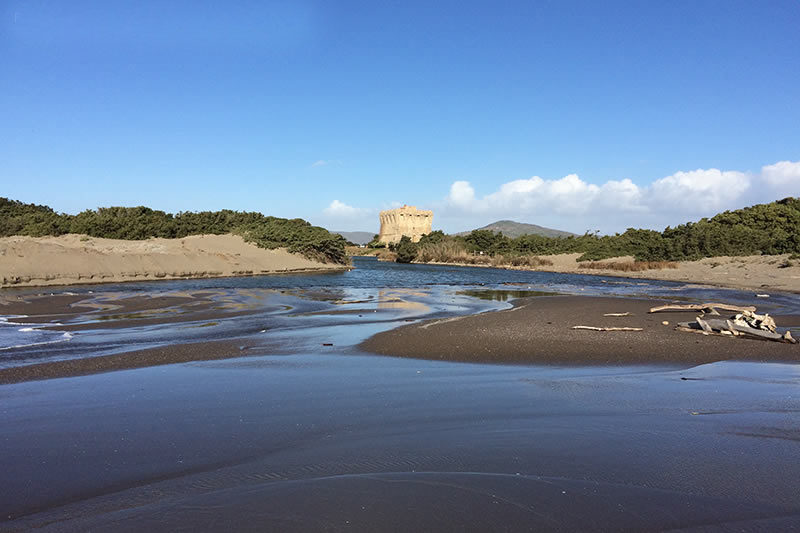 This was the first WWF oasis in Italy. Located at Capalbio, in Tuscany, the oasis of Lake Burano is actually a brackish coastal pond deriving from an ancient lake, now connected to the sea through a canal that is partially artificial and only opened when deemed necessary. Rich in flora and fauna, this 410 hectare area boasts 600 plant and 274 bird species, as well as numerous mammals and insects.
Today, the oasis offers refuge to birds that used to be the prey of hunters. Bird species comprise tufted ducks, canvasback ducks, grebes, herons, flamingos and birds of prey such as the Western Osprey, this latter species, which is at risk of extinction, returned to nest in Italy in 2011, after more than 40 years.
The Western Osprey (Pandion haliaetus) is a species that is now in great difficulty in the Mediterranean. There are a few adult pairs, growing in number also thanks to a project aimed at reconstituting a nesting population, which was set up in 2011 in partnership with the National Nature Reserve of the Tuscan Archipelago, the Regional Reserve of the Maremma, the Region of Tuscany and WWF Italy. Last summer, five young ospreys were born in Tuscany under the banner of the Panda: three in the WWF oasis of Orti Bottagone in Livorno province and two in the nearby Oasis of Orbetello (GR). Who knows if it will be Burano’s turn next time?