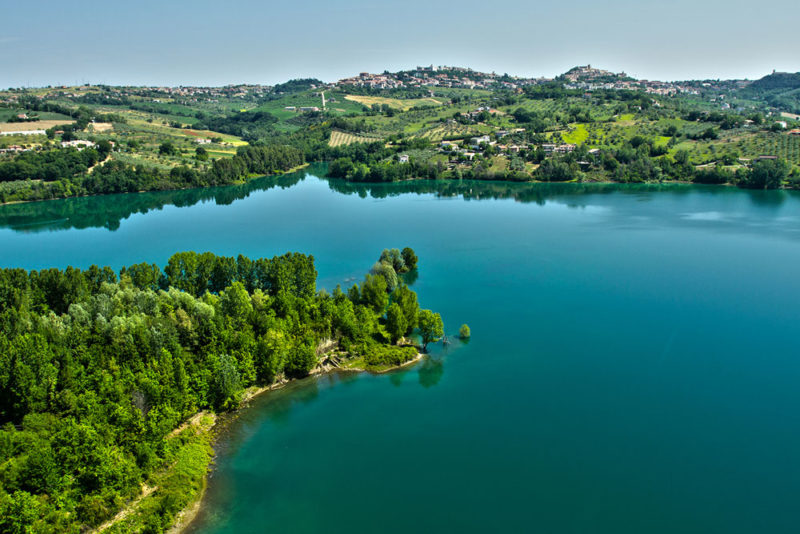 From the passion of young volunteers enraptured by the flight of the countless birds that have made their home in a small artificial lake nestling among the mountains of Abruzzo originated the “Penne Lake” regional natural reserve, one of the most important oases managed by WWF Italia.
The Penne reserve is, in actual fact, an “invented” oasis, as the lake, the heart of the protected area, is an artificial basin formed by a barrier on the Tavo river. Nevertheless, despite the artificial barrier, over the years, the area has become a concrete example of environmental recovery: large bands of natural vegetation have been rebuilt, creating the ideal conditions to attract various animal species. This has grown into a favourable breeding and nesting habitat for many species of aquatic birds and, in particular a colony of black-crowned night herons (Nycticorax nycticorax), a small bird, also a symbol of the Oasis, settled and prospered in the area over the years. This in Penne is the only colony of this species in the Abruzzo region.
Like most migrant species, this bird, who winters in southern Sahara, has suffered due to the changes affecting the Mediterranean wetlands: it is necessary to provide herons with peaceful nesting sites, and protect the riparian vegetation consisting of willows, alders, poplars and reed beds. The black-crowned night heron has crepuscular habits and feeds on small fish and amphibians, and even on insects. In Europe are estimated about 50-70 thousand pairs of this bird and over 30 percent of them are in Italy.