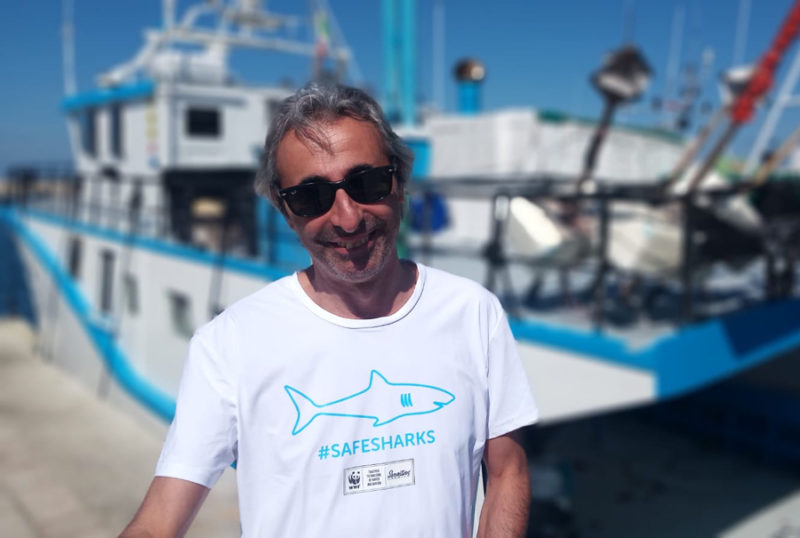 EUROJERSEY flanks WWF Italia in its battle to defend our seas, by supporting the WWF #SafeSharks project aimed at safeguarding Mediterranean sharks.
About half of the 86 species of the Mediterranean sea, comprising sharks, rays, skates and rabbit fish, are in danger of extinction as a result of human activities. One of the main risks is their accidental capture in the trawler nets or lines  used to fish tuna and swordfish. The by-catch phenomenon also leads to shark meat being sold as swordfish on the fish markets, which also constitutes a food safety risk. The aim of the WWF project, conducted through the direct involvement of researchers and fishermen, is to identify the best possible practices for freeing captured sharks, assessing food fraud and finally defining new conservation methods to combat these phenomena. At the Shark Awareness Day 2019 event in July 14th in Monopoli (Bari) fishermen were officially presented with tools for monitoring the possible survival of sharks which are accidentally captured, so that they may contribute to saving them.
WWF voluntary workers and fishermen wore T-shirts in Sensitive® Fabrics to testify to EUROJERSEY’s commitment in this project.